Journey to the Sea by Priyanka Sacheti

On a recent trip to Kashmir, I found myself connecting to rivers in a way I had never done before. Perhaps, it was seeing rivers in their nascent state which made me more appreciative of their future journey and the mighty creature they would become. I found myself in awe, sensing them gestating inside frozen swells of glaciers or glimpsing them newly born, gurgling away, impatient to realise their destiny. While staying overnight in a village near Sonmarg, I could hear the Sindh river gushing past: exuberant, bright, electric, as if glad to be freed from the ice that had shackled it all winter. In the morning, I walked down to the riverside to see what up till now I had only been hearing. The water was white, gray, and green. As the river fled past us, the mighty boulders and the looming trees stood still, as if in reverence of this young river blood. A couple of days later, I felt a similar reverential sensation while standing on the banks of Lidder River in Pahalgam. As the river cut its path through the valley, the magnificent Himalayas looking down upon it, I found fossil-embedded rocks on the riverside. Had the river brought them down here over the years? The young river not only made stories out of ancient stones, it itself was a story, which would subsequently become a novel during its journey to the sea.

These river musings then gave birth to a poem:

A stone, the color of the river.
Or is the river stone-coloured?
Oh, this river.
Its sparkling glassy light,
a unlocked roar
as it flies like a snake,
young, impatient, mercury.
Is a river a river
only when it flows?
Is it a river
when it is nothing
but an empty street
filled with quiet, waiting
sleeping stones?
Last night,
thousands of miles away,
I woke up to
the sound of the river
flowing below my window.
Was it not the river
then still?
– Priyanka Sacheti 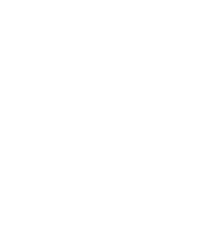 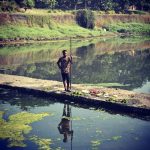 Why Godavari? by Shilpa DahakeMemories of the river