The third edition of India Rivers Week that took place from November 28- 30th 2016 witnessed a gathering of stalwarts in the field of river conservation, including activists, academicians and practitioners from across the country. This year’s theme ‘State of India’s Rivers’ highlighted the importance of arriving at a comprehensive way of understanding and assessing the health of our rivers. Over the three days, experts in the field discussed the methodology of river health assessment and deliberated on state wise reports prepared, with the aim of arriving at a list of rivers graded blue for wild/pristine, pink for threatened and red for critical or destroyed. 290 rivers across the country were assessed out of which 205 figured in the red list indicating that 70% of our country’s rivers are in a critical state, warranting immediate action.

Shri Shashi Shekar Secretary, Ministry of Water Resources – River Development and Ganga Rejuvenation called for developing an alternate approach to man-made embankments. The restoration of wetlands and water bodies will be central to river revival in the country, added Mr. Shekhar. The Ministry is trying to put hydrological data online in public domain and will work towards greater data availability for use by citizens.
Furthering the work on developing the ‘State of India’s River Report, the list of river assessed and ranked will now be further refined and submitted to the Ministry of Water Resources to collectively arrive at a roadmap for conservation steps for selected rivers in each of the four (North, East, South and West) zones in the country. A Citizen’s report on the State of India’s Rivers is underway as an output from the Conference. 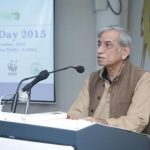 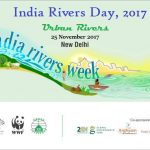