Revival of the Hauz Khas Lake

Hauz Khas is one of the oldest lakes of Delhi which was built by Sultan Alauddin Khilji in 1295 AD to provide water to his military camp at Siri, at which time it was known as Hauz -i- Alai. The name Hauz Khas came into use during the reign of Firoz Shah Tughlaq.

Hauz Khas is one of the several hundred lakes of Delhi that became victims of urbanization of their watersheds. The lake had reportedly dried up in the 1960s due to the diversion of rainwater and lowering of the water table. The lake has a catchment area of 1.75 sq. km which is heavily urbanized. Satellite imagery from the early 2000s shows only a dry patch of land where the lake used to be.

After much convincing on the part of INTACH’s New Delhi chapter, the Delhi Development Authority, despite its skepticism, invited the organization to make a detailed plan for the revival of the lake.

The following video by INTACH, New Delhi demonstrates how the completely dried up lake was revived by its efforts. 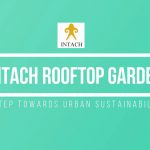 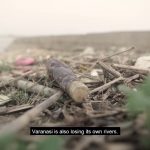